Marissa, is obsessed with her school formal. Ridiculed by her peers, she finally finds solace and her place in the world during an apocalyptic nightmare 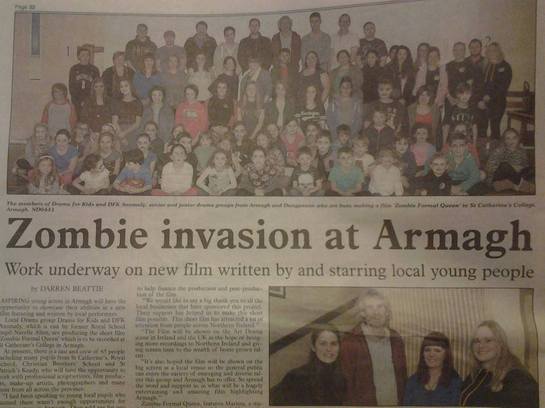 Filming Starts Sat 25th Jan in St Catherine's , Armagh. With a cast of 65 we reckon this is the biggest film project filmed so far in Northern Ireland in 2014!

The goal for this project is to bring educational opportunities for both film and acting to the communities of Armagh and Tyrone. Drama For Kids & DFK Anomaly encourages students of the arts to attend and learn from our guests about film making, acting, related media and the film business.

Support from our sponsors will be used to bring in film makers, actors and other artists to Armagh as well as to help finance the production and post production of the film.