I'll BE HERE ALL NIGHT 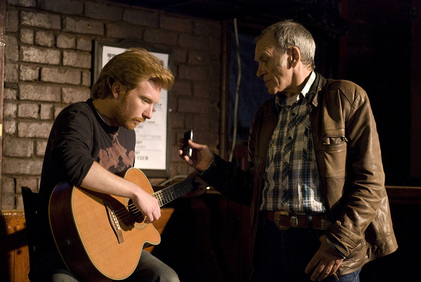 Synopsis: Singer-songwriter Dave tries to entertain a rowdy pub, but his moody songs of love and loss don't go down well, until the intervention of hard man Roy, who makes the crowd shut up and listen.
But when Roy refuses to let him stop playing and is less than impressed with his other songs, Dave soon finds himself playing for his life.